How to Keg for Beginners 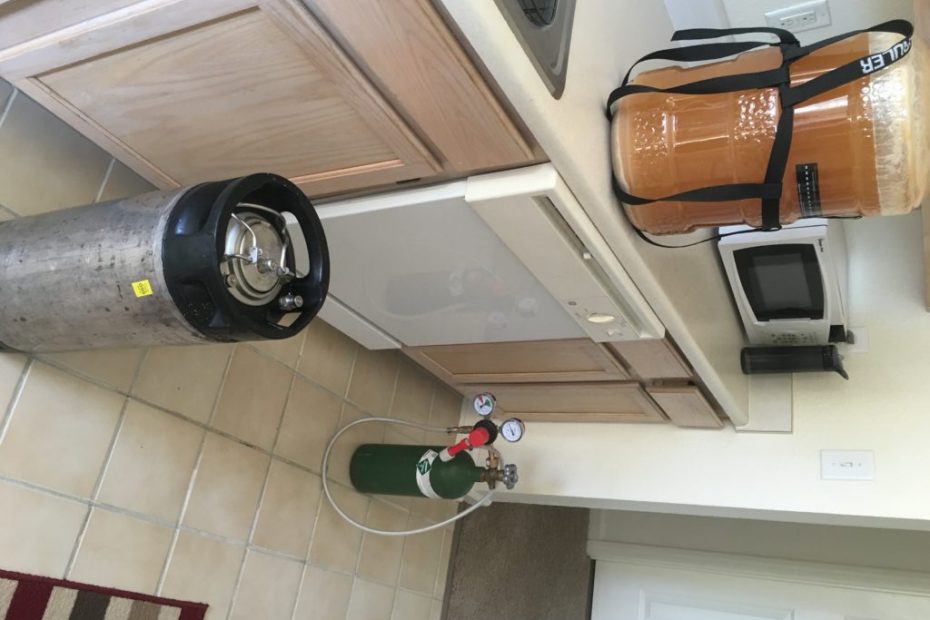 Learning how to keg your own beer will definitely shorten your brew schedule. Since the beginning of my brewing career I have always bottled, however as I’ve started to brew more often I have found bottling to be a serious pain in the ass.

I even got to the point where, gasp, I didn’t brew because I didn’t want to bottle which seemed like a chore.For a long time,  I would collect bottles, especially the 22oz craft beer ones, and use those because the 22oz bottles allowed me to sanitize about half the bottles I would ordinarily need to.

I still found it tedious and often put it off. Whether it be my laziness or the process, I decided something should change but never had that push to go buy a $200 kegging system until….

As luck would have it, I met a guy who hadn’t brewed in a while and was incredibly generous enough to give me two pin lock kegs with fittings since he hasn’t used them in a long time. This stroke of luck was just the push I needed to jump ship into kegging. But first I had to learn how to keg.

Since this is new for me, I’ve collected age old advice and some of my own wisdom around my first few encounters with kegging to give you a beginner’s guide on how to keg beer.

The first thing you’ll want to do is to clean the kegs. This is especially true for used kegs since you will want to replace all the o-rings. For a more in depth view at cleaning the kegs, check out how to clean a keg.

Now that you are an expert on cleaning kegs, let’s move on to actually how to keg beer.

There is some debate on how to actually keg. My opinion is that there is no use in sweating the small stuff. It’s beer, not world peace. If you are impatient, go with the Rolling Method. If you don’d mind waiting or fear over-carbonation, go with Slow and Steady.

The part that everyone agrees on is that you definitely have to clean the kegs once in a while and you need to sanitize before each use.

Next step is good ole sanitizing.

Since I am relatively new to kegging homebrew, I’ll take you through my sanitization process. I tend to go for what is easiest and the least amount of work. Some people sanitize a different way, and that’s totally fine.

I fill up the keg about halfway full and use the appropriate amount of sanitizer (I prefer No Rinse Star San). I’ll leave it to sit for a while, and then seal up the top. Flip it upside down. Let it sit for another few minutes. The point is you want to get all the crevices and nooks sanitized so you don’t end up with an infected beer.

I also poke the gas in and beer out poppets pictured below. This ensures that the sanitizer goes into those areas.

Next, I’ll close the top and hook up the gas. Then I connect the beer out line. Push the sanitizer out the beer out line which will sanitize that as well as the inside of the beer dip tube which extends all the way down.

Many times, I will clean and sanitize my kegs immediately after use. I’ll store them with sanitizer in them and put some gas on it (around 5 psi). That way, when it’s time to transfer beer from the fermenter into the keg, all I have to do is empty it out and it’s good to go!

For those who don’t want to wait a few weeks for the carbonation this method is for you. This method can carbonate the beer much much quicker than other methods but it comes with a drawback. There is a much higher chance of over-carbonation with this method due to the high PSI and shaking involved.